f there is much betting on the Oliviers, then it was a bad night for the bookies, because the winners were mainly the favourites. As widely predicted, Kenneth Cranham, Imelda Staunton and Denise Gough took the three main acting trophies for performances – in The Father, Gypsy and People, Places & Things – that were notable for their emotionally draining intensity and range.

These were the 40th Oliviers, and this year’s prizes nodded to its history. The most obvious example was an eighth statuette for Dame Judi Dench, who has become a mascot of this ceremony in the same way that Meryl Streep receives an Oscar nomination almost as soon as she turns up on a film set. But, though Dench is Olivier aristocracy, this honour was meritocratic. Her double turn as Paulina and the embodiment of Time in Kenneth Branagh’s The Winter’s Tale was a lesson for all actors in how to respect the meter of Shakespearean verse while finding new narrative and psychological meanings.

Apart from the extension of Dench’s trophy shelf, the quartet of 2016 awards for the revival of Stephen Sondheim’s Gypsy was also fitting. The backstage show became the 11th Sondheim show to win either best musical or best musical revival, and, if his additional lyrics for Leonard Bernstein’s Candide are included, a dozen productions featuring his words or music have now won.

If giving gongs to Sondheim now feels like complimenting Novak Djokovic on his volley, the Oliviers deserve credit for having backed the composer even when he was considered an expensive luxury by commercial producers. Sweeney Todd was honoured in 1980 for a production regarded by many at the time as a failure, and the show has since become a classic of the theatrical and even opera-house repertoire.

August Wilson, who died in 2005, stands as one of the greatest American dramatists – a status marked by the best revival award to the National’s production of his Ma Rainey’s Black Bottom. But the Olivier judges also recognised Wilson when he was much less revered, giving the 2002 best play prize to Jitney.

However, at time when cultural prizes are rightly under scrutiny for being white weddings, it’s upsetting that no actor in Ma Rainey’s Black Bottom – from the magnificent lead Sharon D Clarke to supporting performers such as OT Fagbenie and Lucian Msamati – was shortlisted. Having judged many drama awards, I can see that the play may have suffered for being regarded as an ensemble piece – and that the whole cast has effectively been rewarded by its best revival selection. But the result is that there is no direct acknowledgement of the brilliant talent in that play. 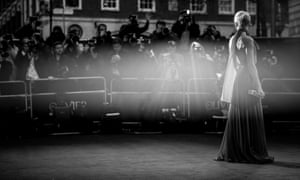 Another aspect that the organisers might like to look at in the 41st year is the division (now dropped at the London Evening Standard theatre awards) between best play and best comedy. Alan Bennett, once given the comic Standard award for a play he had intended as seriously dramatic, commented that it was “like entering a marrow for the show and being given the cucumber prize”. The oddity of these distinctions continues at the 2016 Oliviers, where Martin McDonagh’sHangmen, winner of best play, is a dark comedy that on a laugh-per-line count is arguably funnier than Jessica Swale’s Nell Gwynn, which got best comedy.

Most good playwrights can trigger both giggles and stings. A good example is the French dramatist Florian Zeller, whose The Father (translated by Christopher Hampton) was up for best play this year. But Zeller, the most exciting new theatre writer of our time, writes comedies, tragedies and tragicomedies and, rather than wasting time shuffling him between sections in the years to come, it might be time to unify the titles.

The most thoughtful (and possibly far-sighted) award is the selection of Mark Gatiss as best supporting actor for his show-stealing moments in Patrick Marber’s Turgenev adaptation for the National, Three Days in the Country. Gatiss was stage trained but began his career with a long diversion in television. He has shone in a succession of productions including Season’s Greetings and 55 Days, and stole Three Days in the Country as a doctor who attempts to overcome arthritis, shyness and possibly misogyny to propose to a woman. Gatiss has probably left it too late to match a Sondheim dozen or Dench octet, but he will surely return to the podium at future awards.

Four awards for National Theatre shows (Ma Rainey, Three Days, and People, Places & Things) will give welcome respite to new artistic director Rufus Norrisfrom media mutterings that his regime is struggling to engage audiences. It also looks good for Norris that Robert Icke, who took the director prize for his daringOresteia at the Almeida, makes his National Theatre debut later this year and that actors in the thrilling new National production of Lorraine Hansberry’s Les Blancs – including Danny Sapani and Gary Beadle – will surely figure on more diverse acting shortlists next year.