If the past few months are any indication, Starbucks fans love—like, all caps L-O-V-E—toffee-like, caramel-esque Frappuccinos. The brand's recent releases have veered pretty highbrow (seeSmoked Butterscotch and Caramelized Honey), but its most recent move is strictly for the masses. Starting on National Caramel Day—AKA Tuesday, April 5, for those who don't have calendar alerts set up for critical food holidays such as this—the siren-logoed company is bringing back a fan favorite: the Caramel Cocoa Cluster Frappuccino.

Though the drink sounds pretty chocolate- and caramel-heavy, its base is actually infused with toffee nut syrup. It's pumped into a blender, along with Frappuccino Roast Coffee, milk and ice, pulsed to an icy, milkshake-like consistency and poured into that signature plastic cup, then topped with a layer of caramel sauce, whipped cream and a mocha drizzle. The end result is kind of like drinkable chocolate-coated toffee.

The flavor combination may seem a little heavy for spring, particularly after the release of the Cherry Blossom Frapp just a few weeks ago, but Starbucks has a strong reason to believe it will be a huge hit this week: The brand initially released this flavor last summer, along with five other limited-edition blends, in honor of the Frappuccino's 20th birthday. Fans were allowed to vote on which drink they liked best, and Caramel Cocoa Cluster won out, beating flavors like Red Velvet, Cotton Candy and Cinnamon Roll.

You can only buy this drink from Tuesday through Monday, April 11, and then the recipe disappears back into the Frappuccino Vault, or wherever such mysteries of the Starbucks universe are held. Of course, if you ask nicely, you may be able to convince a barista to make one for you after that date, provided they have all of the ingredients on hand. 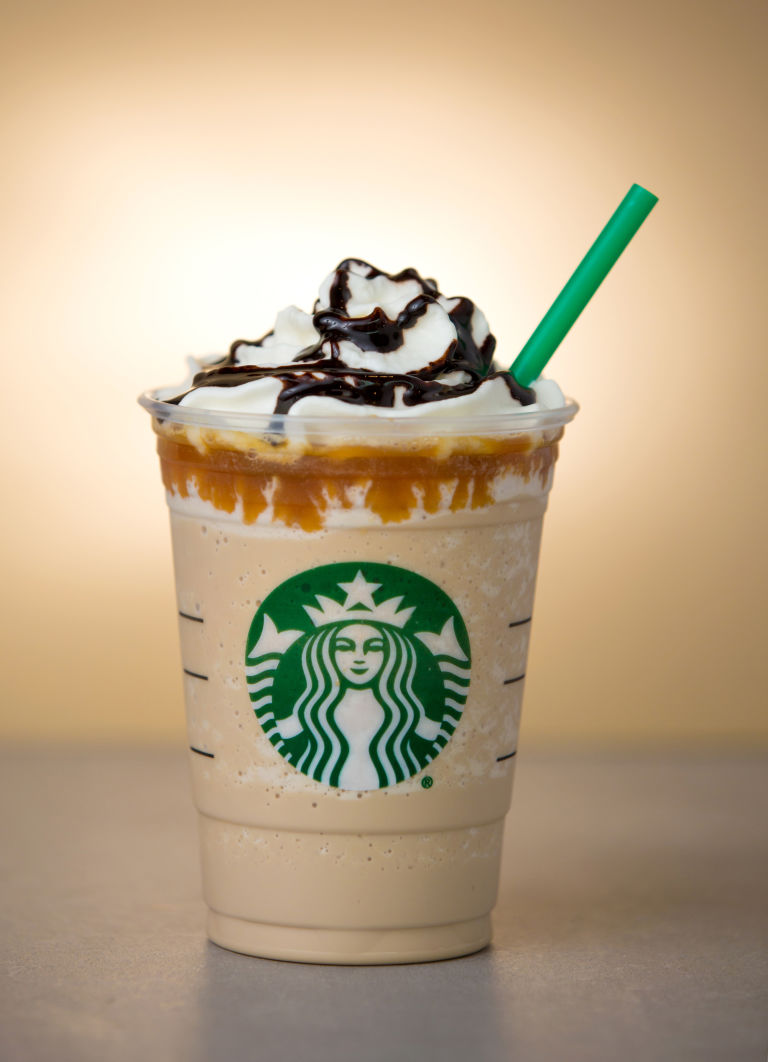 If that weren't enough, Starbucks is also bringing back its Sweet Receipt during that same time frame. When you buy anything before 1:59 p.m. that day, you'll receive a note at the bottom of your receipt, which you can redeem that same day after 2 p.m. for a $1 baked good.

And just like that, Starbucks turned your coffee habit into a two-a-day routine. At least for this week.