Known hottie Hailey Baldwin was photographed leaving a restaurant in L.A. called The Nice Guy wearing ripped jeans and a top she appears to have tied up in the front, allowing her to flaunt her abs. You don't have abs like that if you're going to hide them under a shirt. Especially not in L.A. 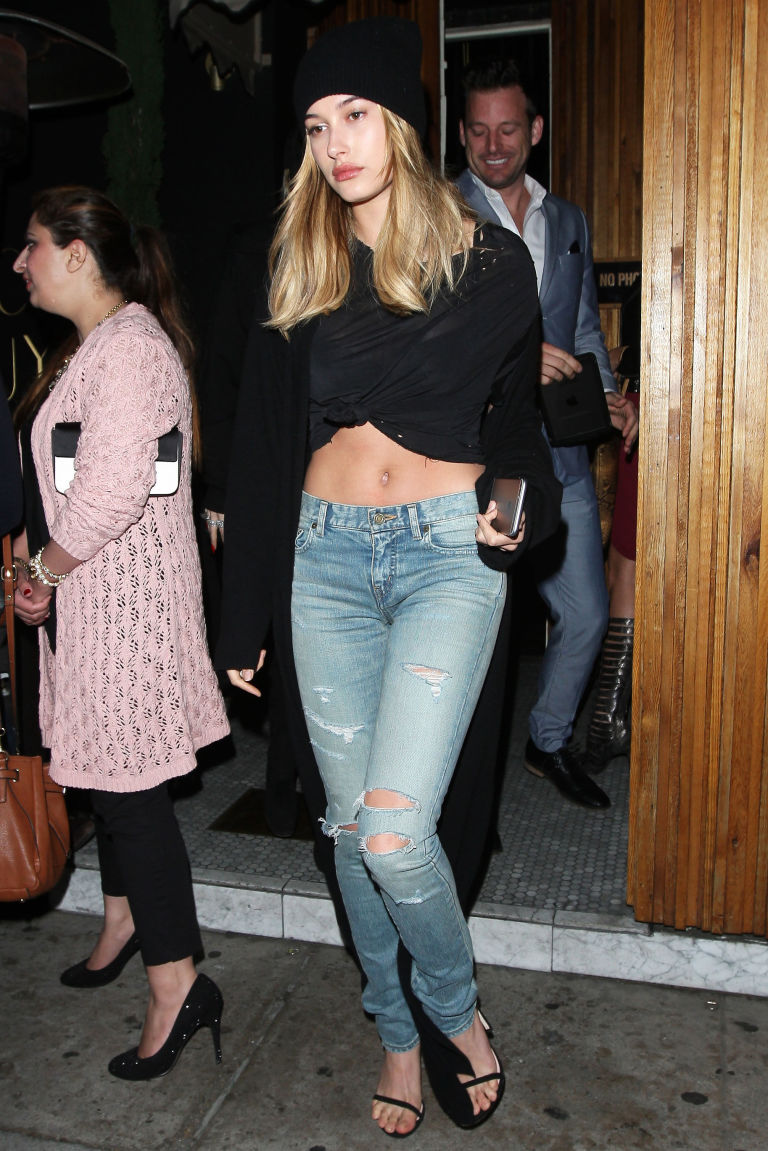 She finished her casual cool outfit with a long black cardigan and the perfect I Am Famous and DNGAF knit hat. 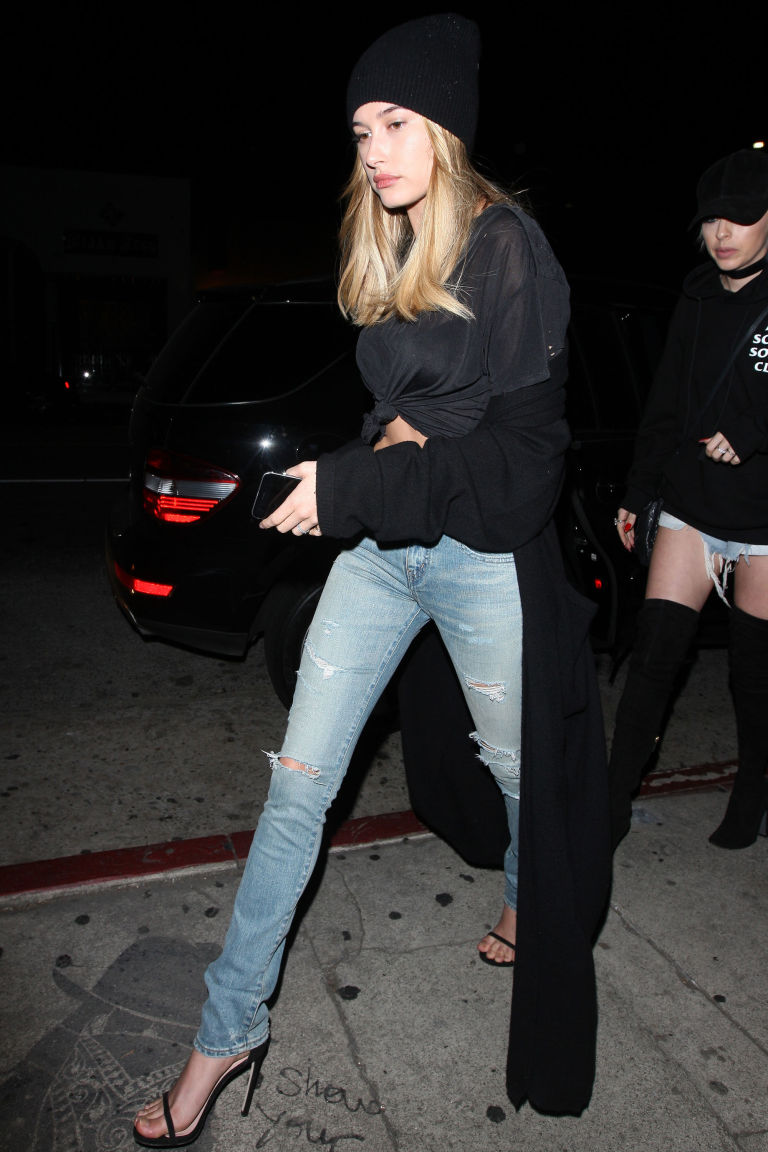 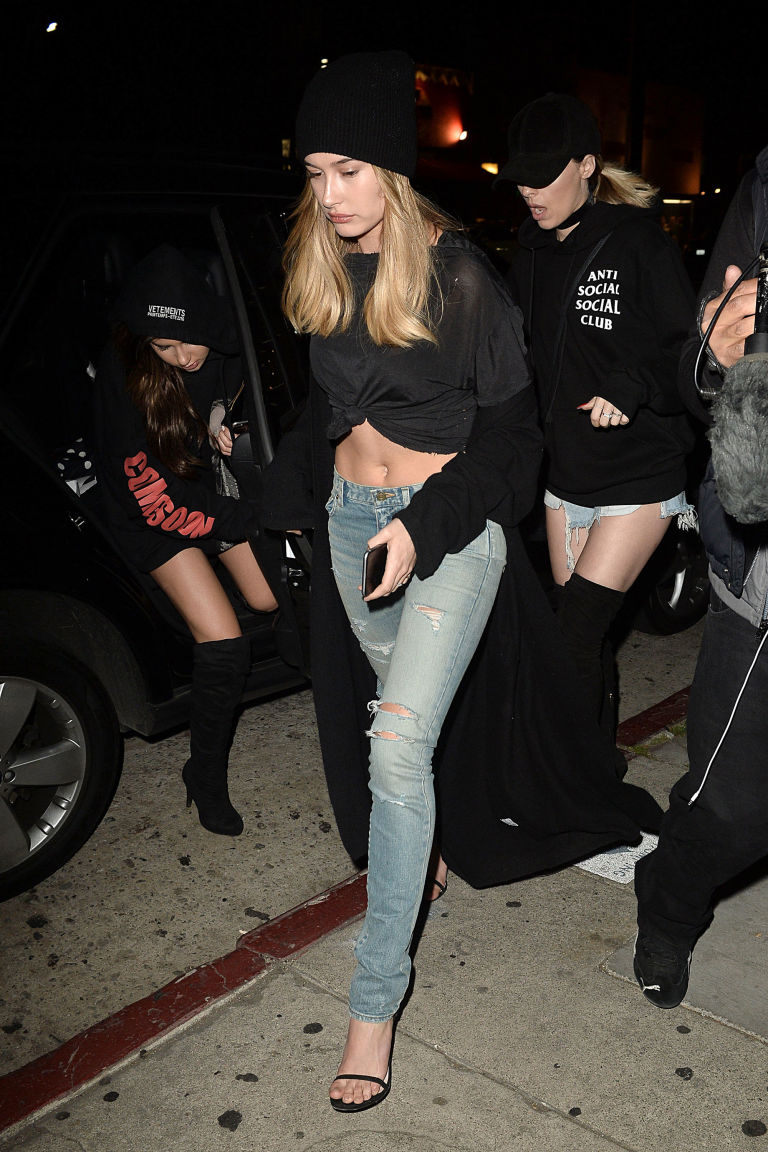