The movie Ma Rainey's Black Bottom has won two prizes on the first night of the Bafta Film Awards, which are being split over two days for the first time, BBC reported.

Many of the technical prizes were handed out on Saturday, with the main awards still to be presented on Sunday.

Both halves of the ceremony are being presented from the Royal Albert Hall, but winners are appearing virtually. 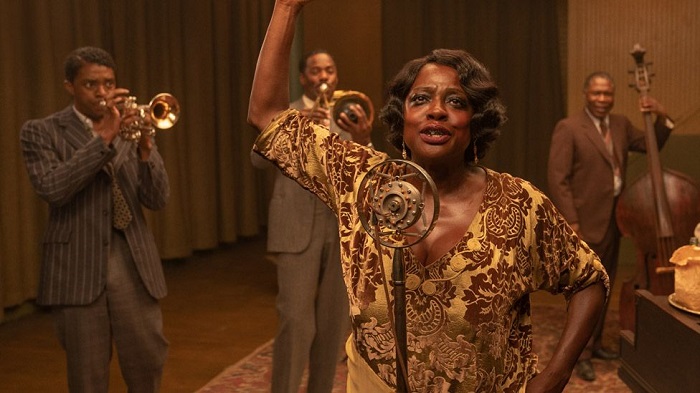 Other winners included Rocks, a low-budget British film starring a group of teenage girls, many of whom had not acted before; Christopher Nolan's time-bending thriller Tenet; and Mank, in which Gary Oldman plays Citizen Kane screenwriter Herman J Mankiewicz.

The winners from the first night were:

British short animation - The Owl and the Pussycat

The Duke of Cambridge had been due to appear in a pre-recorded segment, but pulled out following the death of his grandfather, the Duke of Edinburgh. Host Clara Amfo paid tribute to Prince Philip, who was Bafta's first president from 1959-66.

On Sunday, prizes including best film, director, screenplay, and animated feature will be handed out, as well as the acting awards.

This time, 16 of the 24 acting contenders come from minority ethnic backgrounds.

Two films lead the overall field with seven nominations each—Rocks and Nomadland, which stars Frances McDormand as a US woman living a nomadic life in a van after the financial crash.

While the nominees will all appear remotely on Sunday, several stars will be at the London venue to announce the winners. And several others will announce some winners from Los Angeles.

Sunday's ceremony will be hosted by Edith Bowman and Dermot O'Leary

Following the lack of diversity last year, a seven-month review led Bafta to introduce more than 120 changes to its voting, membership and campaigning processes.

This year's Baftas were delayed by two months because of the pandemic, and come two weeks before the awards season reaches its climax with the Oscars.