13 Things I Didn't Know Before Creating The Biggest Loser Back when The Bachelor and Survivor were just making tracks in the reality TV circuit, TV producer J.D. Roth pitched a show about overweight people losing drastic amounts of weight. "They looked at me like I was out of my mind," he said. But NBC bought it, and J.D. went on to co-create The Biggest Loser — which is still going strong 17 seasons later. The author of new The Big Fat Truth: Behind-the-Scenes Secrets to Losing Weight and Gaining the Inner Strength to Transform Your Life, talked to Cosmopolitan.com about the things he wishes he'd known before getting into the show business of weight loss:

1. Most medical experts think you can only lose one to two pounds a week safely — but people can lose much more than that.

After we sold the show based on the concept of helping people lose upwards of 100 pounds in 12 weeks, I called every medical expert in weight loss in the United States to find out how to do it. Everyone I spoke to said you can only lose one to two pounds in a week. I realized they were only focusing on the science: calories in, calories out, and calories left over. But we proved them wrong on set, where there was at least one contestant who lost 10 pounds or more in seven days — every single week.

The body is shockingly responsive to change. Some contestants start out unable to walk up a flight of stairs to get to their bedroom, so they just sleep in a Barcalounger. They take upwards of 15 pills a day for various ailments. But in the first 24 hours on the show, the same body can walk on a treadmill for five hours, and after changing their eating habits and fitness routines for 30 days, they're almost always off every pill.

Most people see a 300-pound woman and think she's lazy — that it's her fault she lifted the fork to her own mouth. But I've learned that people who weigh 500 or 600 pounds and end up on the show have a level of darkness in their lives that most people just can't understand. 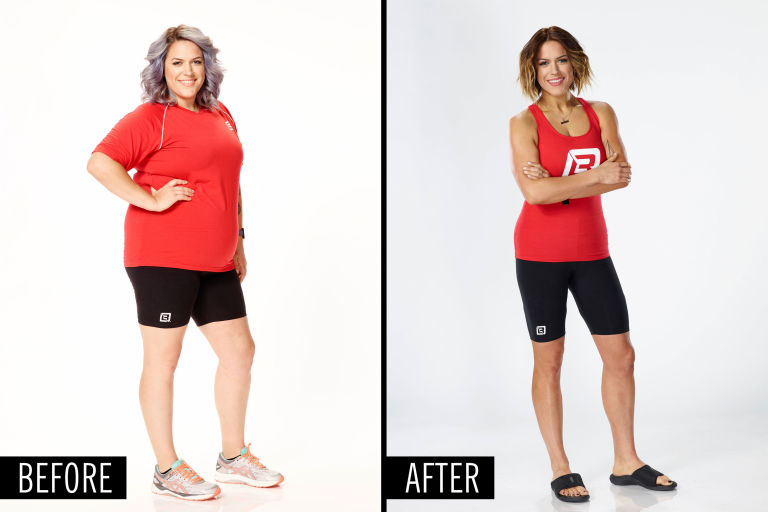 3. A shocking number of people can't even walk a mile.

Once we did a challenge on The Biggest Loser where we asked 15 people to walk or run one mile and guaranteed the first 12 finishers a spot on the show. During the challenge, one woman actually needed to be airlifted off the beach.

4. There's nothing more important than what you do when no one's looking.

The show forces you to say, "I'm going to do this," then makes you accountable to millions of people. But after you're done with the show, you have to continue to eat the right food, work out, and commit to changing your life on your own to be successful.

When you can hold yourself accountable — and try even when your trainer isn't looking — the outcome is bigger than weight loss: You become a better worker, a better family member, and a better friend. 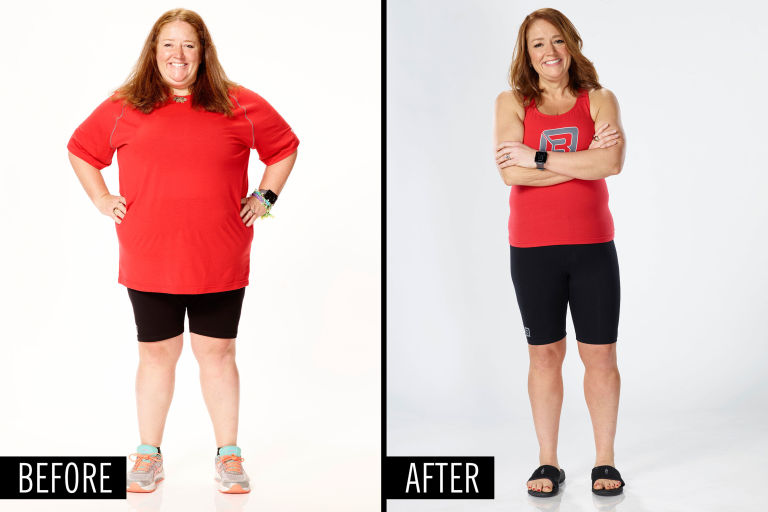 5. Emotional baggage can weigh you down even more than pounds.

I've been surprised by how many contestants have left boot camp in the middle of the night in search of fast food, but I've learned there is a lot of emotional pain that fuels the decision to walk down a dark road in the middle of the night in search of your next happy meal. People who suffer from food addiction think they just love the taste of bread or the way ice cream tastes and feels in their mouth. But it usually stems from a difficult time in your life when you ate that food and it made you feel good, which tricks your brain into thinking that eating that food is the only way to feel good.

In my 14 years of experience on the show, there've been many people who haven't lost weight for a few weeks, and it's always because they refuse to get to the bottom of their emotional issues. When people delve into the reasons why they're overweight — and everyone who resorts to a reality TV show for weight loss has emotional baggage — the pounds fall off. Emotional breakdowns are almost always followed by weight-loss breakthroughs.

6. Weight loss begins in your bedroom.

Most of the overweight people I've worked with sleep in bedrooms that are piled high with unopened mail, months worth of laundry, unopened boxes, candy wrappers, and dirty dishes. They wake up to so much chaos that they automatically feel defeated — they're just trying to survive, and when you're in survival mode, you can't really be in bettering-your-life mode. 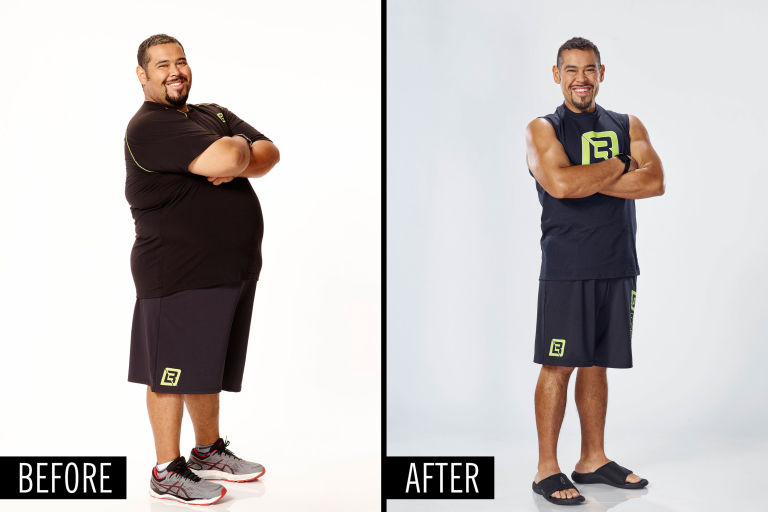 7. It's incredibly difficult to turn your back on people who are too sick for the show.

A couple of years ago, a contestant who'd auditioned four years in a row failed the medical examination that would have qualified him for the show. He went home, and three months later, he died of a heart attack. It really upset me because we could have helped. I like to think that a lot of these people can help themselves, but the truth is that many of them just won't. Extreme Weight Loss on ABC actually came out of the fact that we were sending people away from castings on The Biggest Loser because they were too big, and I said, "We've got to help these people. I can't send them home to a most certain death."

8. Everyone would start asking me how to lose weight.

Prior to doing the show, I was a television producer who was very into fitness and very into diet, but I couldn't say that I was a weight loss expert at that point. I didn't know my job would be so much more than turning on the cameras and telling the story — I set out simply trying to create emotional moments. But ultimately, it fell on me, even off-camera, to help these people work through their emotional issues. And 14 years later, I can say there are very few people that have the amount of experience that I have doing this. Now everywhere I go people want to know how to lose weight. 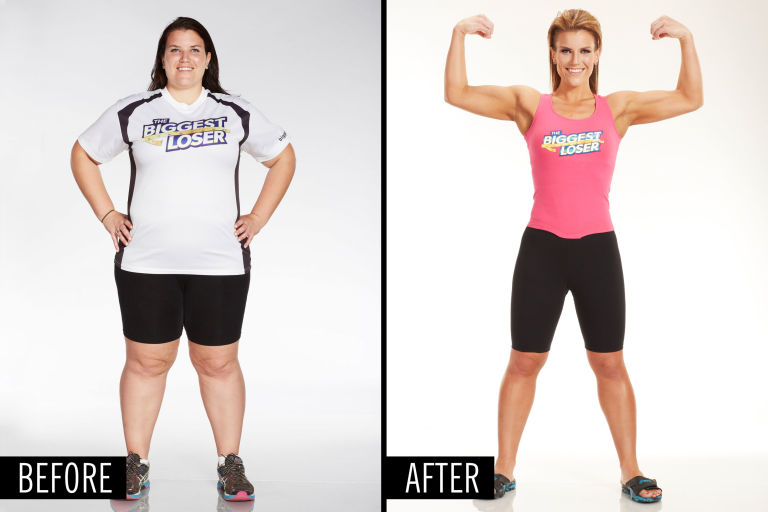 9. The show's success would make my mom into a pseudo Weight Watchers celeb.

After Biggest Loser became such a hit, my mom — who'd always struggled with her weight despite going to Weight Watchers for 25 years — turned into this celebrity at Weight Watchers, where everyone would ask her about the contestants and what went on behind the scenes. It turned into a social thing for her, so she kept going.

10. Show ratings matter — but not as much as the mission.

Ratings let me do another season to help more people. But I'd rather read an email from someone who couldn't get pregnant until I helped her lose the weight than check my ratings the second they come out.

11. Contestants would become my real friends.

I go to former contestants' weddings, I'm there when they have their babies, I make them dinner when they're in town. One of them wanted to run the Las Vegas Marathon and couldn't afford the entry fees, so I paid. I get attached to these people. It's more than TV. 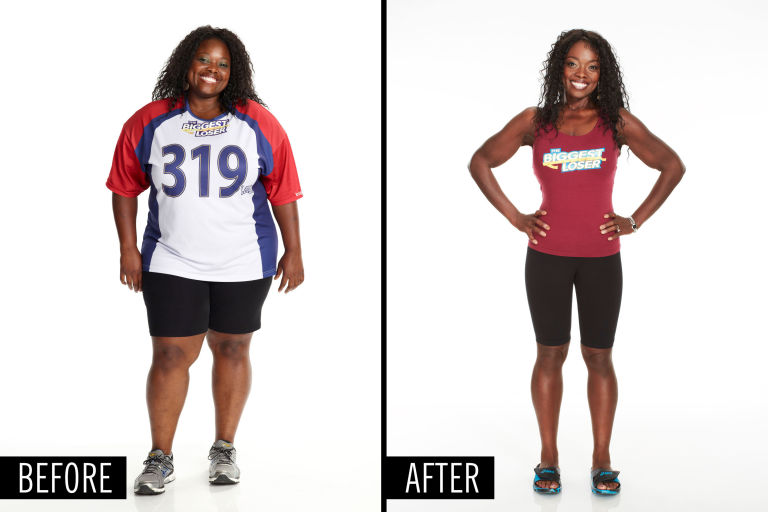 12. Weight loss can ruin so many marriages.

There are many marriages among people who met on The Biggest Loser, but the show also has led to quite a few divorces. Contestants come to us so broken, settling in every area of their life, and after they lose hundreds of pounds and deal with their mental issues, they go home with this newfound strength and demand a better life. They realize they've changed, but no one else has, and end up getting divorced.

13. Many contestants would work so hard only to gain all the weight back.

So many former contestants reach out to me after the show with good news and bad — but it's when they stop touching base that they really need help. I've seen so many people lose 200 pounds, have surgery to remove all of the excess skin from their body — which is a very painful and long recovery — and then gain all the weight back within a year. They do all of the physical work to get their lives back, but none of the mental work — and that's where the real gain comes from.